Built by Warner Brothers Studios and opened in 1931 as a movie palace (1,772 seats), the Warner Theatre was described then as “Connecticut’s Most Beautiful Theatre.” Damaged extensively in a flood, the Warner was slated for demolition in the early 1980s until the non-profit Northwest Connecticut Association for the Arts (NCAA) was founded and purchased the theatre. The Warner reopened as a performing arts center in 1983, and restoration of the main lobbies and auditorium was completed in November 2002. In 2008, the new 50,000 square foot Carole and Ray Neag Performing Arts Center, which houses a 300 seat studio theatre, 200 seat restaurant and micro-brewery and expansive school for the arts, was completed. Today, the Warner is in operation year-round with more than 160 performances and 100,000 patrons passing through its doors each season. 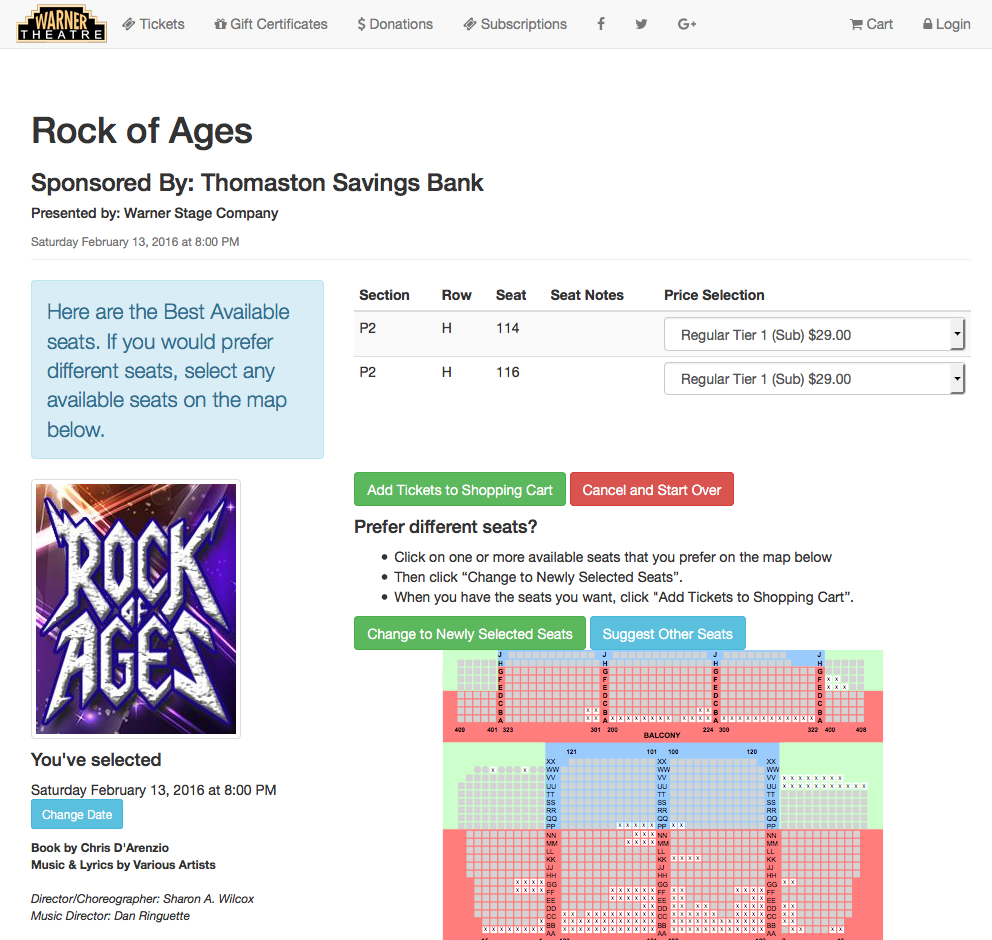